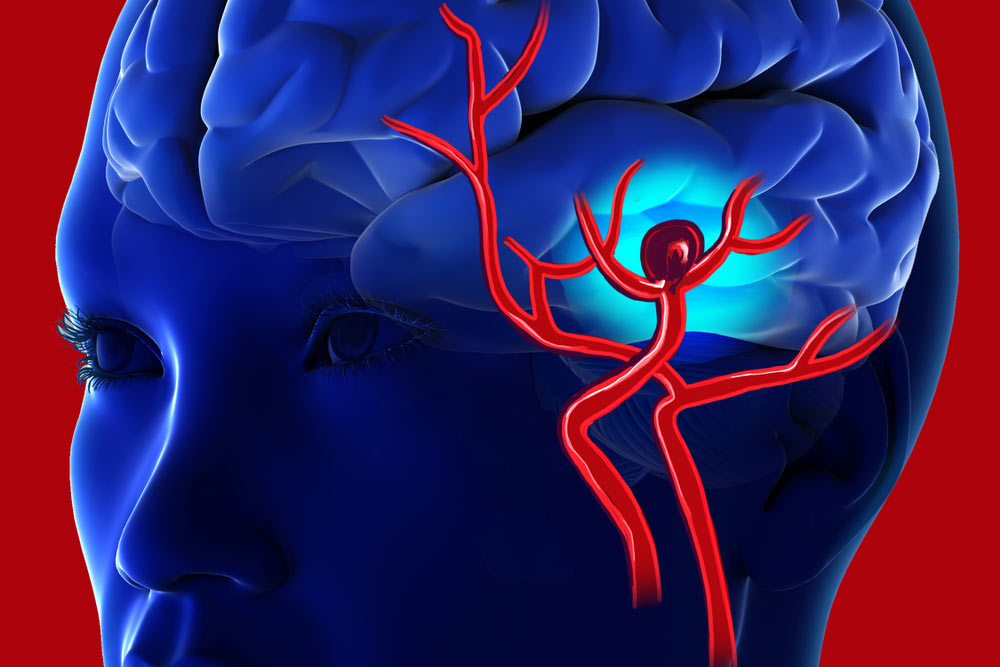 Actor Emilia Clarke recently stunned fans by revealing how she almost died of a pair of brain aneurysms and a bleeding stroke in a story for The  New Yorker. Her medical emergency struck shortly after she finished filming the first season of “Game of Thrones” in 2011, when she was 24.

We contacted Michael Chen, MD, a neurointerventionalist at Rush University Medical Center in Chicago and Shazam Hussain, MD, director of the Cerebrovascular Center, at The Cleveland Clinic in Ohio, to learn more about these life-threatening events, who they happen to, and why. Their interviews have been edited for clarity and length.

WebMD: In reading Clarke’s story, we were struck by how young and apparently healthy she is. She was just 24 when this happened to her. How common are brain aneurysms and bleeding strokes in young women? Where did her risk come from?

Chen: In terms of what’s known about brain aneurysms risk factors and prevalence, it’s by a 3:2 ratio more common in women than men. It’s the only cerebrovascular disease that’s more common in women than men. The peak age in rupture of brain aneurysms is actually 52, so she’s certainly younger than what we normally see. Some people speculate that it’s the hormonal changes that occur [in women] that may be conducive to an aneurysm either forming or rupturing.

In terms of other risks, it could be high blood pressure; it could be a genetic predisposition; or it could be smoking, which is another identified risk factor. There are a lot of different causes.

Hussain: The type of stroke that she had, which is called a subarachnoid hemorrhage, with the bleeding around the brain, is most common from age 40 to age 60, so it is a condition of younger people. That being said, it only makes up about 4% of all the strokes that we see, so it’s not a common type of stroke but certainly it can be very devastating when it occurs.

WebMD: Do aneurysms run in families?Hussain: If there have been two family members who have been affected by aneurysms, that’s actually one of the triggers to say that everybody in the family should be screened.

Lifestyle also plays a role. Things that are the most linked to it: Uncontrolled high blood pressure; and smoking — nicotine and other components of cigarettes can weaken the wall of the blood vessel and cause it to break.

WebMD: What are the signs or symptoms?

Hussain: People often describe a headache. We don’t want people to be worried about every single headache that they have. This is a particular type of headache. It’s extremely severe. People describe it as the worst headache of their life. Even if they have bad headaches before that, they’ll say this is unlike any other headache they’ve had before. It’s not a subtle thing.

If you do have that, and usually it is worse when it first starts, over time it will dissipate a little bit. People will describe a really, really intense pressure. That’s probably caused by blood leaking in the space around the brain. There may often be speaking difficulties, loss of consciousness.

If that happens to you, you do want to pay attention to those warning signs and get to a hospital immediately. They really do need to be repaired immediately.

Chen: Unfortunately, the hardest thing about this is oftentimes is no warning sign before an aneurysm ruptures, which is pretty much what happened in her case.

WebMD: Clarke seems to have been extremely lucky. She survived not one but two aneurysms and seems to have made an amazing recovery. Is that typical?

WebMD: How do aneurysms happen?

Chen: It’s essentially a weakness in the wall of the artery, much like you’re putting a water balloon under a faucet. The entire thing expands and as it gets bigger the walls get thinner and then you get a higher risk of bleeding or rupture.Brain aneurysms are a problem of the arteries of the brain. Arteries are these muscular [thick-walled] vessels which transmit blood that’s pumped from the heart to the brain. The blood vessels in the brain are unique, as opposed to anywhere else in the body where they keep branching and branching and getting smaller until they become capillaries. In the brain, they actually have reconnections at the base of the brain, such that if one artery has a problem the other arteries can quickly pick up the slack and maintain blood flow. The cost of those reconnections is that you have, in certain areas, bi-directional blood flow, you have this sort of turbulent blood flow, which, over time, can exert extra stress on the walls of the arteries; and over time the cells that make up the walls of the arteries aren’t strong enough to maintain their round shape, and these aneurysms form.

WebMD: She had her first aneurysm repaired with a coil, how does that work?

Chen: We used to have to cut open the skull and use a little clip to essentially strangle that little sack so you don’t allow any blood flow in there.

Since the mid-1990s, the FDA has approved a much less invasive approach. We guide a catheter through the femoral artery in the groin up to the brain. From there we’re able to use x-rays and contrast to get detailed images of the arteries in the brain. From there, we have even smaller catheters, about the size of angel hair spaghetti noodle. Through that, we can deliver soft platinum coils, sized for the patient, to passively fill it up to serve as a physical barrier to protect that weakened wall from any further contact with blood flow. It’s become the go-to for aneurysm treatment.

The technology we have now is so much better than where we were even had 10 years ago.

Hussain: There are different types of devices. In addition to the coils she described, there are special stents that can divert blood flow away from an aneurysm. We’re probably treating 80-85% of aneurysms by these minimally invasive techniques now. Surgery is still a good option for some, in the right hands.WebMD: What were your impressions, as a surgeon who repairs these, reading this article? What stood out to you and why?

Chen: Brain aneurysms aren’t so common, but they can be devastating because they can suddenly affect a relatively young person, oftentimes in the prime working condition of their lives. For her to raise awareness of this is wonderful. I give her a lot of credit for being so earnest and genuine with her writing.

I think this does give help to patients with brain aneurysms. To hear about someone who’s gone through treatment for two brain aneurysms, including one that ruptured, gives them a lot of hope. Not just that she made a favorable recovery and is a star on a hit TV show. She talks a lot about her anxiety and her fears and things that may not be so obvious to people on the outside. What she does really nicely is show that there’s a bit of fear and anxiety and fatigue that may persist for a long time that may not be so obvious. I think for other patients to see that will be really comforting.

Hussain: Probably the thing that stood out the most—and I think it’s especially important for physicians to hear — is the impact of the disease from the patient’s standpoint. You have this normally high-functioning person to be in that state and the emotions and the feeling they’re going through at that moment. We’re usually so focused on trying to take care of the medical issues, but the emotions often have a huge impact on a patient, too. For me, that was the thing that stood out the most.